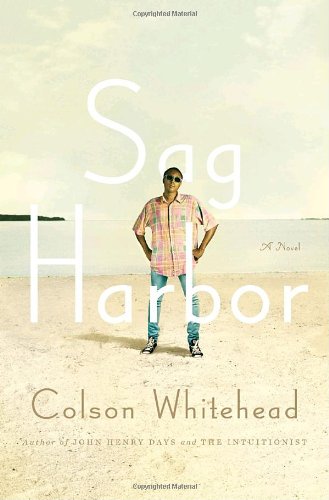 In what Whitehead describes as his “Autobiographical Fourth Novel” (as opposed to the more usual autobiographical first novel), the author of the Pulitzer Prize finalist explores the in-between space of adolescence through one boy's summer in a predominantly black Long Island neighborhood. Benji and Reggie, brothers so closely knit that many mistake them for twins, have been coming out to Sag Harbor for as long as they can remember. For Benji, each three-month stay at Sag is a chance to catch up with friends he doesn't see the rest of the year, and to escape the social awkwardness that comes with a bad afro, reading , and being the rare African-American student at an exclusive Manhattan prep school. As he and Reggie develop separate identities and confront new factors like girls, part-time jobs and car-ownership, Benji struggles to adapt to circumstances that could see him joining the ranks of “Those Who Don't Come Out Anymore.” Benji's funny and touching story progresses leisurely toward Labor Day, but his reflections on what's gone before provide a roadmap to what comes later, resolving social conflicts that, at least this year, have yet to explode.